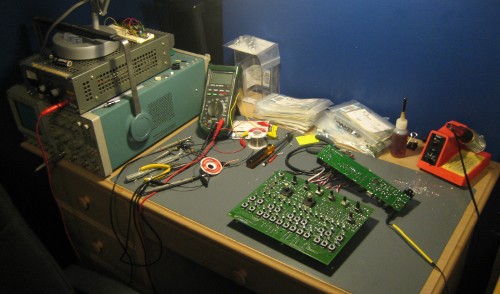 This one is being quite the problem child, actually. Two note LEDs flat-out didn't work, so those had to be replaced. The TEMPO LED had to be replaced because I scratched it to hell and back. The TEMPO encoder was replaced because the first one didn't work. (Talk about a wild goose chase there.) The USB chip wasn't talking to the microcontroller, which was fixed by cleaning up and reflowing the teeny-tiny SMD pins of the FT232 chip. The MIDI-in port still isn't working as I write this, despite the fact that I've already swapped the resistor that I assumed was causing the trouble. 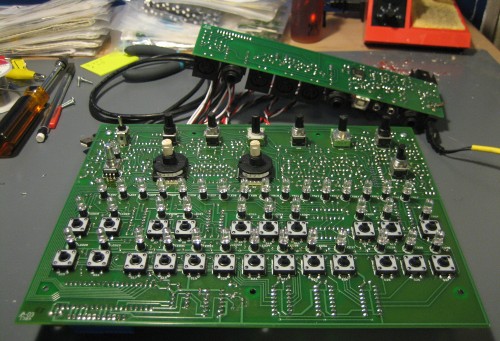 On the upshot, I did a nifty thing with the control panel faceplate, so this one should look fully bad-arsed once it's all working and put together. Pics will be forthcoming for sure. I was hoping to have the unit done and sold in time to buy myself an EMX-1 for my birthday, but it doesn't look like that's going to happen at this point. 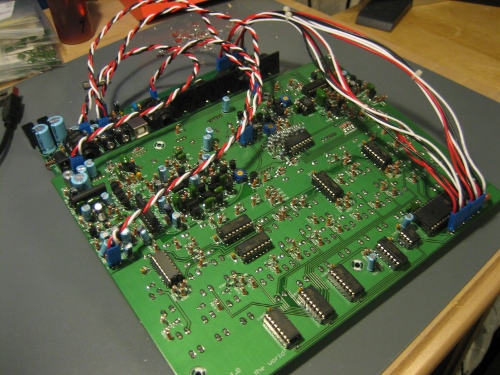